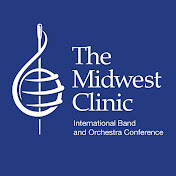 Since 1987, Chicago Sinfonietta has been a defiantly different kind of orchestra. Chicago Sinfonietta is a professional orchestra dedicated to modeling and promoting diversity, inclusion, and both racial and cultural equity in the arts through the universal language of symphonic music. Our core values are built around being bold and daring in all aspects of our work, providing a source of connectivity through music, and ensuring and inspiring a continued investment in diversity and inclusion in classical music. In 2011, Maestro Mei-Ann Chen began her tenure with the orchestra (as only the second music director in the Sinfonietta’s history). In her first season, the Sinfonietta was named by ASCAP as the recipient of the 2011- 12 Award for Adventurous Programming, and in 2013 was dubbed, “the city’s hippest orchestra” by Chicago Tribune, before going on to be honored in 2016 with a prestigious MacArthur award. Embracing daring programming has always been part of its history. In turn, audience response has been unprecedented. The legacy, passed to Maestro Chen and all of us at the Sinfonietta, goes far beyond what you will see on stage. Maestro Freeman was, throughout his lifetime, a fierce advocate for early-career, diverse musicians. Many of the musicians you see on stage are the direct beneficiaries of this vision and personal investments Maestro Freeman made in so many people. In 2008, this practice was formalized to create our Project Inclusion Fellowship Program. Since this program began, Project Inclusion has served more than 80 fellows– more than all other similar fellowship programs in the country combined. Chicago Sinfonietta also supports early musicians through in-school programs, and ensures classical music is accessible to all via programs like Pay-What-You-Can and the Residents Orchestrate Project.